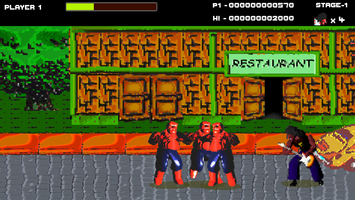 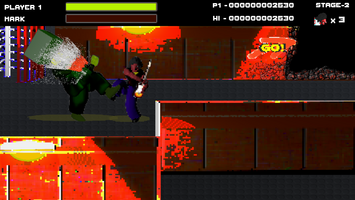 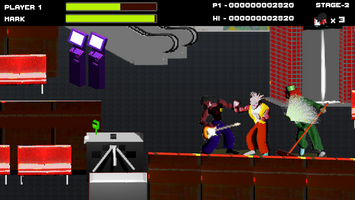 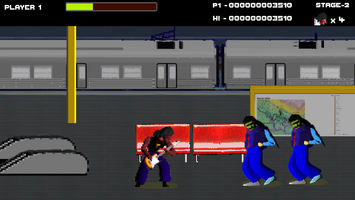 In this version, I've added a new one (and a half) stage. I've been studying games such Double Dragon, Final Fight, Golden Axe and TMNT and been asking myself what might been turned those games into so great as they were and realized that wasn't just the playability. In my first release I had based one design linear horizontal-oriented scroll. But when the demo #1 has been finished, I wondered how boring the whole game going to came if all the rest of them were that way.

So, watching closely to those games, I've extract important observations that have started to guide me:

Use your electric guitar to clear the streets!